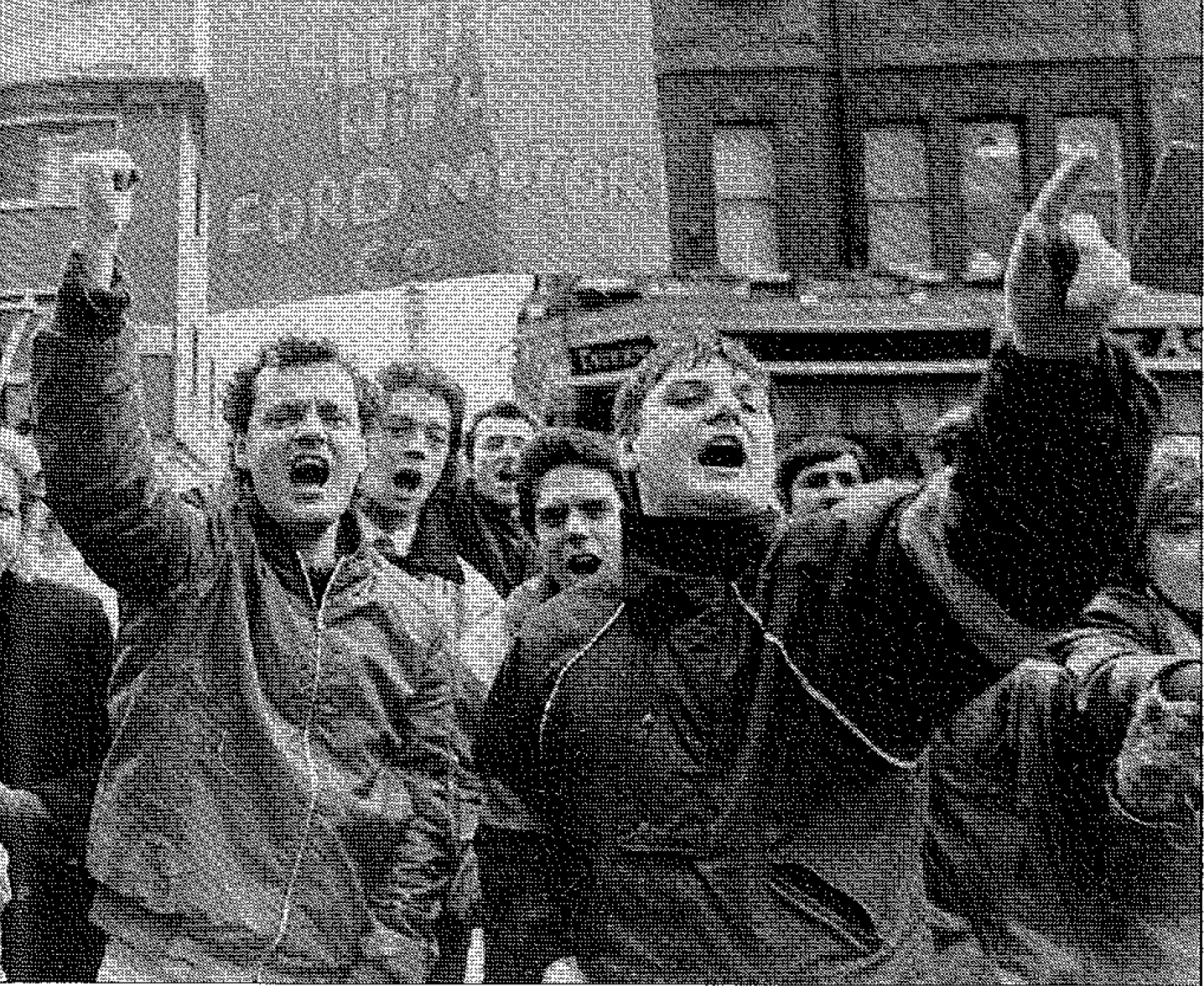 It’s so hard to write about Mick Gosling, who died last week. That is partly because I feel so sad and partly that I can’t stop feeling he is just behind me looking over my shoulder as I type – as he did so many times, pointing at the screen, commenting, making adjustments, pulling faces, laughing.

Mick would have done this so much better himself. He wrote with such ease and fluency – not because he wrote without thinking, but because his thought was so quick. And he might have put more jokes in: cheeky asides, outrageous jokes, awful puns.

He had a dazzling, brilliant, beautiful mind – the first impression I had of him, the first time we met. Wonderful not just for writing, but for long conversations ranging over everything at once: history, politics, Shakespeare, Christy Moore, Che Guevara, the moon and stars…

Complex ideas, clever arguments – he was always one step ahead. I’ve never known anyone else with a quicksilver mind quite like that. All his moons and stars couldn’t mark the boundaries of it.

He had simpler pleasures too: endless discussions of favourite books, watching the football, enjoying a tasty bit of news…

Mick could be so much fun: witty, cheeky, exuberant, charming, enthusiastic, warm, kind, sweet and generous. I’ll always remember him “being a tree” to make me laugh.

And now I’m seeing all his funny faces – the cheeky look, the wicked look, mock-outrage, mock-innocence. Even people who didn’t like his politics couldn’t resist his charm.

And underneath all that, a sensitive man. You could talk about serious things with Mick too.

Mick was a lifelong socialist – so easy to say, not always easy to be. In real life the class struggle is not straightforward and nor are people. Especially not you, Mick.

And people make history in circumstances not of their own making, as Mick, the very able Marxist, knew well.

He grew up as the international wave of uprisings and revolution broke out in 1968.

The working class was strong and the level of struggle high at the start of the 1970s when Mick was a young revolutionary at Kent University and an organiser for the International Marxist Group. It was a good time to be a socialist, and Mick was a socialist with a talent to match the times.

But then the tide turned. And the second half was not introduced with a cheery rendition of McNamara’s Band, as it is for Spurs at White Hart Lane. Instead, there were fascists on the streets, a huge bosses’ offensive and the Thatcher years as the 1970s ended and the 1980s came in.

Mick organised against the fascists at the Battle of Wood Green and elsewhere, and took on the bosses at the firm that for so long has been a byword for capitalism – on the assembly line at Ford’s Dagenham plant.

The bosses’ onslaught ripped through the lives of so many working class people. And as a socialist and an industrial militant Mick, chair of the TGWU 1/1107 branch, was in the firing line when the Ford bosses came to slash jobs, smash up working conditions.

He was victimised for his union activity, accused of inciting “unconstitutional stoppages”. Just imagine, a socialist organising strikes… surely not! But these were the years of defeats for our class and Mick was sacked. It hurt him.

And later, in a different way, amid the chaos of Hackney Council’s mid-1990s political implosion, he was victimised again. Because, with a rabid slash and burn chief executive running out of control as the politicians fell apart, they couldn’t have “lefties in the press office”. It wasn’t fair. And that hurt him too.

An aside: I wish I had a copy of the dossier Mick produced to expose the racist witchhunt of workers from West African backgrounds at Hackney Council and how hundreds were targeted by the Home Office immigration department. That would be handy in these times of the “hostile environment”.

And everyone who started work in that office found NUJ and Nalgo union forms on their desk on the first day.

It’s a lot easier being a socialist when the workers are on the rise. But when the ruling class drives everything back the other way, there’s a price to pay. And those times can be very hard on socialists – they were very hard on Mick.

But he never let go of his politics. That is what being a lifelong socialist means.

Mick’s socialism was not just theory – although he could cite Marx with the best of them. His was a heartfelt socialism. He felt the pain of injustice, exploitation, poverty and oppression very deeply. He felt everything very deeply.

And he wanted a future that would be so much better for everyone. He loved Trotsky’s words about the green grass below the wall, the blue sky above the wall and sunlight everywhere.

Ahh Mick, now you have finally had a constitutional stoppage. I’m looking over my shoulder at you now, for your laugh and to hear you say, “Behave!” Yes, an outrageous joke for you – and a heartbreaking one.

This song is for you, Mick. You’re a special person and you’ll always have a place in my heart.