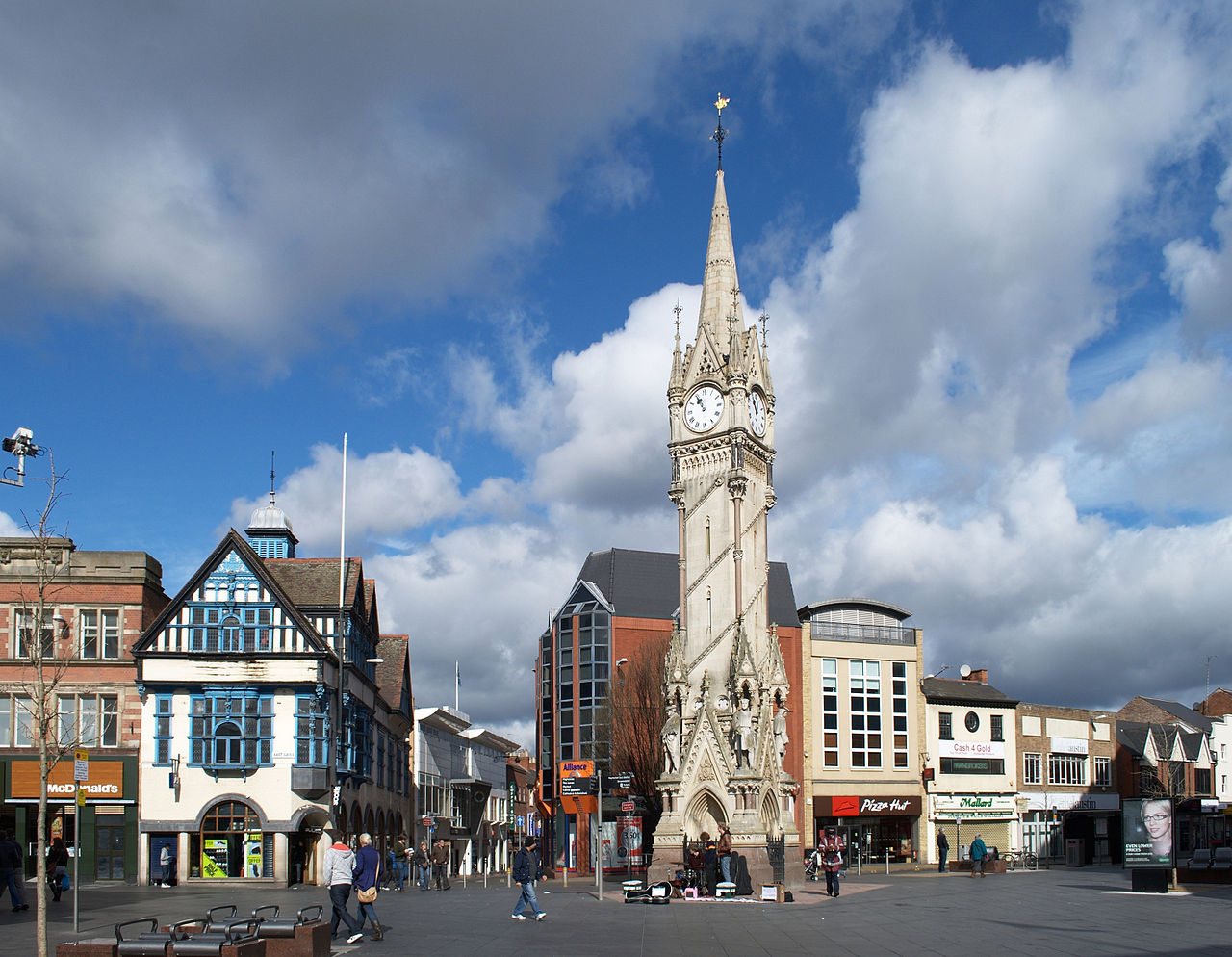 Why is Leicester going back into lockdown? The leader of Leicester city council has been begging for weeks for the government to share its data on the number of new COVID-19 cases. At the moment, there is so little information, we can’t be certain what factors are behind Leicester’s coronavirus spike.

However, some people are already sure they know the cause.

Boris Johnson, questioned in parliament as to why he hadn’t given the city authorities the vital testing data so they could have acted earlier, deflected the blame onto the people of the city. “There were particular problems in Leicester in implementing the advice and getting people to understand what was necessary,” he said.

His comment was a dogwhistle to the racist undercurrent developing around the question of “who is to blame” for Leicester’s plight.

There has been a lot of this on social media and elsewhere. For example, the Daily Telegraph ran a reasonable article this week, examining possible causes and talking to city residents. But the comments section was soon filled up with wildly inaccurate assertions, racist lies and bigoted finger-pointing at the city’s minority communities:

The virus is raging in India, and Leicester has a very large Indian population.

There’s a big language barrier in Leicester. No wonder they’re confused if they can’t communicate.

In Leicester itself 38% ethnic minorities have paid lip service to lockdown. The country is too Woke and liberal now.

Stop importing the virus from places with dubious hygiene and understanding of cleanliness e.g. Pakistan. Lack of hygiene. Complete disregard for the rules and laws of civilised society. Plane loads of relatives flying in and out of Pakistan with complete impunity.

You get the drift. It’s all the fault of the South Asian citizens of Leicester, flying to and from the sub-continent and bringing the virus back with them. They’re stupid and uncivilised.

Many of the comments echo Johnson – people in Leicester don’t understand the language, they are breaking the rules of social distancing etc etc. And now everyone else – ie white people – will have to pay for them.

Similar racist noises are also being made about Bradford and Rochdale, two other areas with unexplained recent increases in Covid-19 cases, which also have significant ethnic minority populations.

We have seen since the start of the pandemic how far right governments and organisations have used racism to blame minority groups for Coronavirus.

So let’s kick the obvious lies into touch. There are virtually no flights, civilian, commercial or otherwise, flying between Britain and India or Pakistan, and that has been the case since the pandemic struck. Scheduled flights to India were halted on 23 March and have not been reinstated.

At the start of the lockdown British citizens in Pakistan were completely stranded, with no way to get back to the UK. In June, a friend of mine, whose father fell gravely ill in Pakistan, could not find a flight out of the UK for love nor money. He had to lobby for a seat on a Pakistan government-chartered flight. Now he is out there, he has no way of getting back. And the Pakistani population of Leicester is just 2.5%.

Let’s not forget that, thanks to this incompetent, venal Tory government of ours, it is the UK that is feared as a source of infection that could be carried to countries around the world, not the other way around.

When Johnson asserts, “There were particular problems in Leicester in implementing the advice and getting people to understand what was necessary,” what exactly is he talking about?

That the communities hit hardest by COVID-19 and who are still suffering, don’t understand how to avoid contracting the virus, principles of quarantine, social distancing, masks, hygiene measures and isolation? Are you having me on?

Through family connections I know many people in the growing Somali community of Leicester, and I don’t know of anyone, of any age, who does not speak English or have a working knowledge of it. Does Johnson think people don’t talk to each other about what best to do?

Besides which, if the Tories believe there are sections of the South Asian or other minority populations who can’t access information because English is their second language, maybe they should have invested in community organisations and drop-in centres in the past decade rather than cut their funding (to divert money to the government’s Prevent programme).

Which parts of Leicester?

There are many possible factors for the spike in infections in Leicester, and for the additional deaths it may bring, further down the line.

The areas affected at the moment are some of the poorest wards in the city – such as North Evington, which has reported 161 cases. North Evington is an ethnically diverse ward, with a majority South Asian population. The End Child Poverty Coalition found that Leicester had some of the very worst child poverty in the country. In the Leicester East constituency, which includes North Evington, 40% of children live below the poverty line.

A recent University of Glasgow study found that “compared to people from white British backgrounds, people from black and South Asian minority groups were 3.4 and 2.4 times more likely to test positive, respectively”.

The report also found that “the higher risk appears to be partly but not wholly explained by socio-economic factors, but not underlying health conditions, which had previously been identified as a possible cause”.

In other words, class may be a bigger factor than the most commonly cited factors around the vulnerability of people from black, Asian and ethnic minority (BAME) communities to the virus, such as pre-existing conditions like diabetes.

The importance of class

This brings us to the key point – the vulnerability of poor, exploited workers of whatever ethnicity, although it may impact disproportionally on some groups more than others. 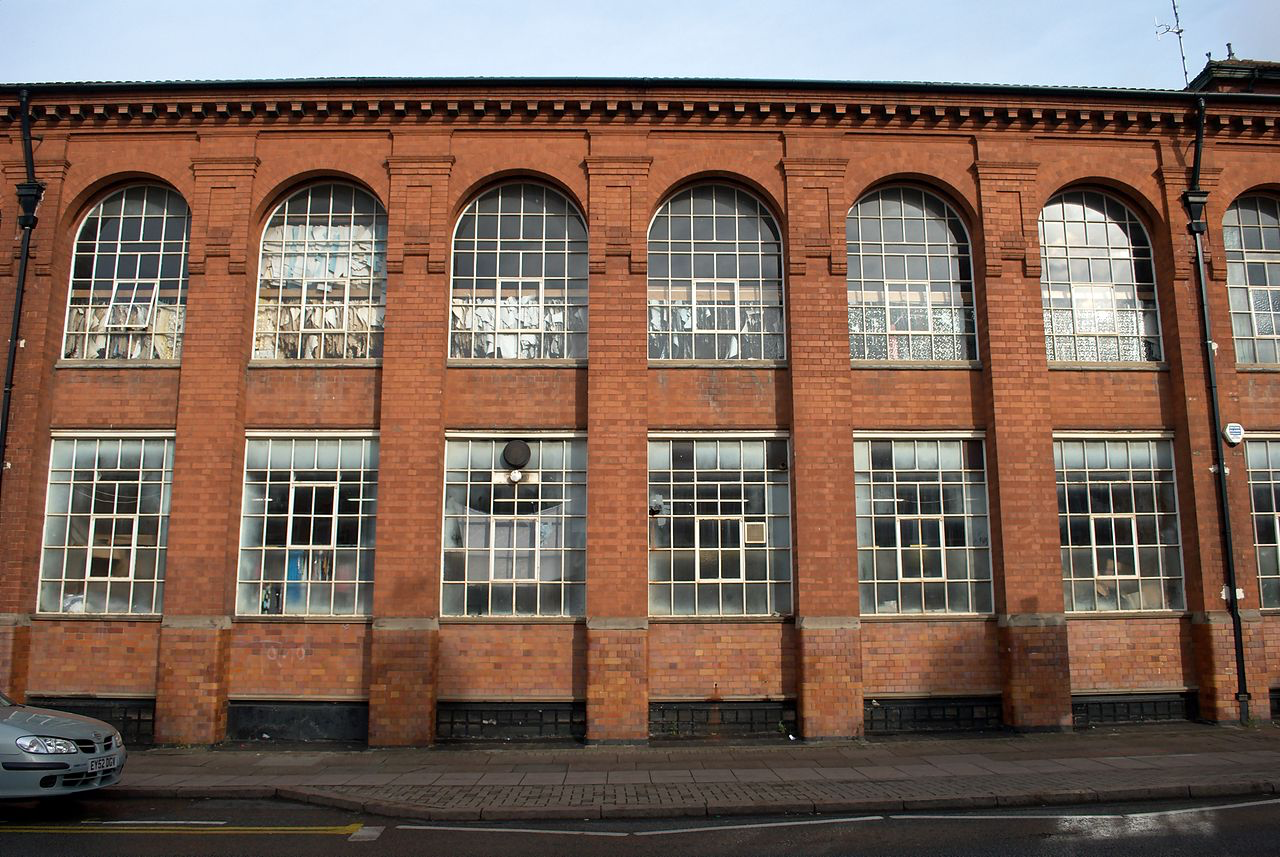 Leicester has many textile and garmet factories, like this one in Evington, pictured in 2009. Pic credit: NotFromUtrecht

What’s really going on in Leicester?

There have been claims that Leicester garment factories – a major industry in the city – had ordered sick employees to carry on working as normal despite the Covid-19 pandemic. This was prompted by pressure group Labour Behind the Label warning that there had been a “shameful disregard” for worker safety in these factories.

The BBC has also found that workers in Leicester garment factories are often on zero-hours contracts or have no contract at all and are paid well below the minimum wage. One seamstress who was interviewed said she was on £6 an hour. Such low waged insecure employment would make it far more difficult for workers to do anything other than go to work during the pandemic, in order to keep money coming in.

Labour Behind the Label pointed out that Leicester factories supply major brands.

But why should Sharma stop at the garment factories of Leicester?

In Kirklees, West Yorkshire, there is a spike of COVID infections connected to a meat processing plant in nearby Cleckheaton, which is owned by ASDA. The plant had to be shut down.

In Anglesey, north Wales, a chicken processing plant run by the 2 Sisters Food Group had to close its doors, and all staff told to self-isolate, after 158 virus infections were identified.

In Wrexham, North Wales, 166 staff at Rowan Foods Factory were confirmed positive for COVID-19. The company makes food for Tesco, Sainsbury’s and Asda.

All these are examples of a wider phenomenon across the UK that is likely to fuel COVID-19 infections.

We are presently witnessing a forced return to work of an army of men and women – black, brown and white, born in England or immigrants from Eastern European or elsewhere – into workplaces that are providing a petri-dish of COVID-19 incubation.

These workers have been abandoned over the lockdown period, devoid of any income. They are now being starved back to work by this government, driven into the arms of Tory employers, who make their profits out of zero-hours contracts, herding their workforce into cramped workplaces with little or no protection against the virus.

These workers are often policed by fear in the absence of trade unions. I have written about this elsewhere in relation to the meatpacking and processing industry in the US.

If the government were more transparent with its data, and if we had an effective universal track-and-trace system, as other countries do, we would know better why there are spikes occurring in different localities.

Instead we are facing exactly the situation that is overtaking the US – an opening up of the lockdown in ways that are putting profits before people.

In the Republican-led states in the US, governors eager to please Boris Johnson’s pal, the incomprehensible disaster that is president Donald Trump, lifted their lockdowns, opened their beaches, opened shops, bars, cinemas and churches, sent kids back to school and forced people back to work – all without preparation, abandoning social distancing measures.

Like the scandal of Johnson’s advisor Dominic Cummings driving from London to Durham and then to Barnard Castle, supposedly to test his eyesight, Trump deliberately broke the back of the covenant between the government and the people, who had been observing the lockdown.

Like the US, the UK is now seeing spikes beginning to occur in different towns across the country. The reopening of pubs this weekend, going by the US experience, may well turn out to be a dreadful wrong turn.

There is another way, however. A report from University College London pinpointed social and economic inequalities in explaining the higher risk of COVID-19 to BAME groups. It concluded:

Actions to reduce these inequities include ensuring an adequate income for everyone so that low paid and zero-hours contract workers can afford to follow social distancing recommendations, reducing occupational risks such as ensuring adequate PPE, reducing barriers to accessing healthcare and providing culturally and linguistically appropriate public health communications.

But there is no sign of such income protection and comprehensive public health measures in sight.

So forget about lazy assertions, ridiculous racist tropes and easy media explanations. Leicester, it seems to me – and I think whatever evidence we have points to this – is not “a special case” or “a perfect storm”. It may well be a harbinger of what is to come for us all.