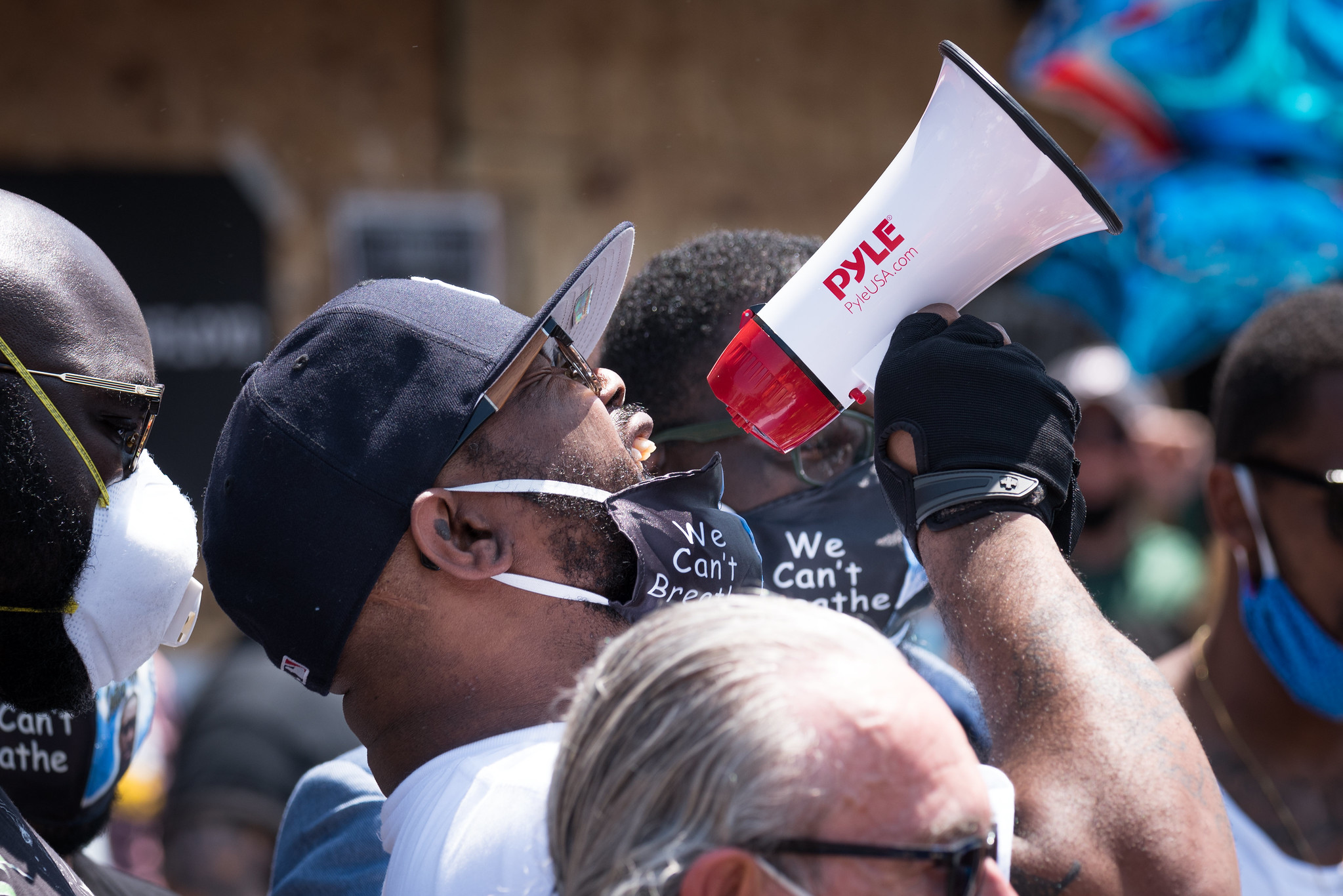 George Floyd’s brother Terrence at the spot where George was killed in Minneapolis. Pic credit: Lorie Shaull on flickr.com

This is the second in our series of eyewitness reports from the US uprising over the murder of George Floyd, from ambulance worker Ellen Milligan in Minneapolis and Matt Cooper in San Francisco.

The brutal murder of George Floyd by four police officers in Minneapolis sparked the rebellion that has brought people onto the streets in more than 75 US cities. A convergence of rage against police racism, the Covid-19 pandemic and severe economic hardship has fed the revolt.

It has tapped into the experience of Black Lives Matter protests and is on a level reminiscent of the uprisings of 1968. African Americans have been joined by others in multiracial demonstrations on the streets, expressing their anger at the murderous actions of the police and the wider racism that scars US society.

I am a paramedic and a activist who works out of Minneapolis.

My teenage children are of mixed heritage and there is not a day that goes by when we don’t warn them of the dangers of racist cops. It is a discussion all parents have with their children.

I’m not saying all cops are racist, but racism is prevalent in the Minneapolis Police Department and the police union is the worst.

My profession as a paramedic means I come into regular contact with the cops. Many are openly racist wearing badges saying MAGA – “Make America Great Again”, Donald Trump’s slogan – or showing “Pepe the Frog”, a regular alt-right motif.

Every day I stop by the site where George was killed on the corner of 38th Street and Chicago Avenue in Minneapolis and over the last week I have joined marches demanding “Justice for George”. 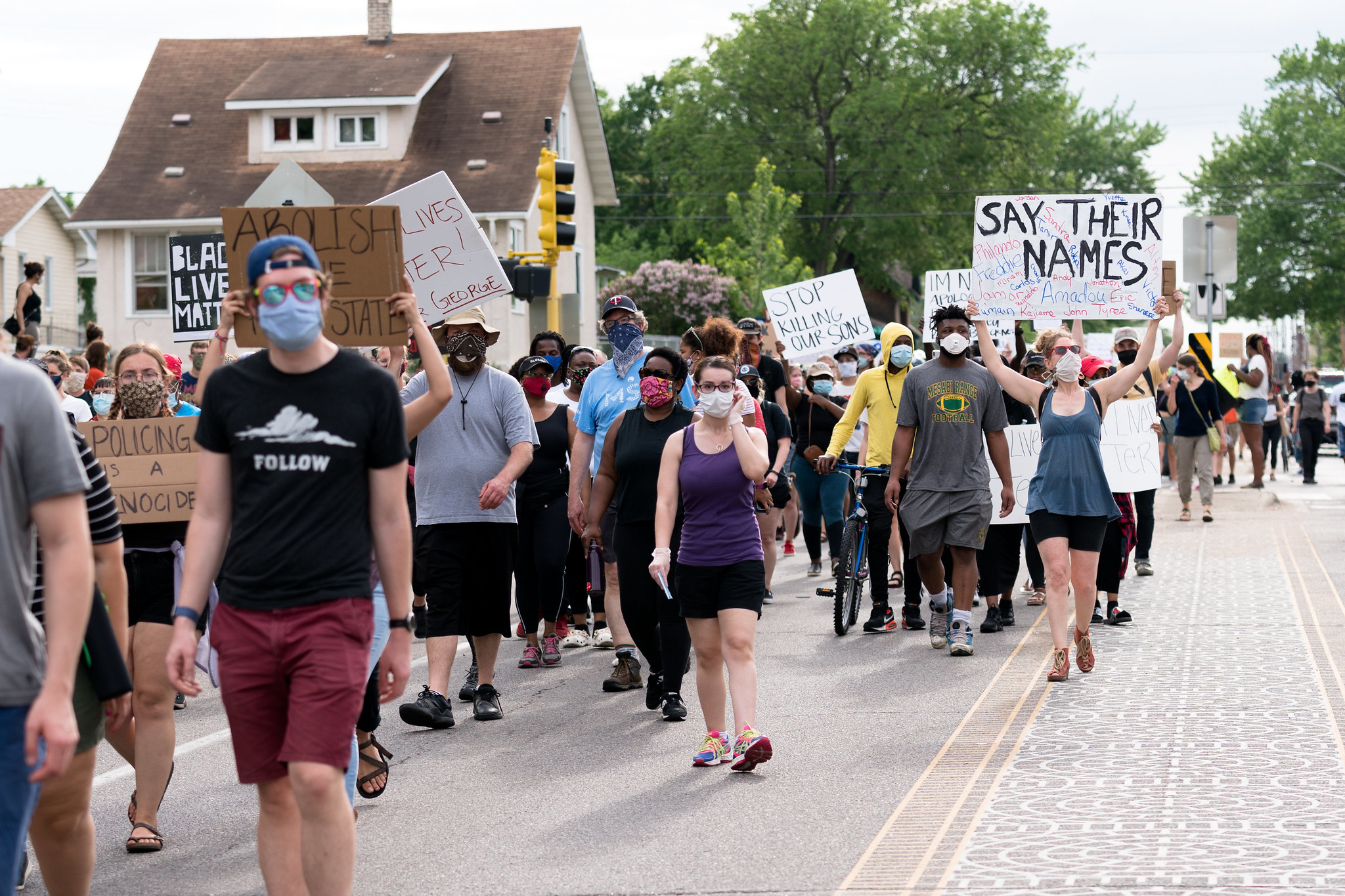 Protestors march in Minneapolis on the day after George Floyd was killed. Pic credit: photographer Lorie Shaull on flickr.com

I have also been on duty during the riots. I have treated injured protestors and police officers. There are three main types of injury – tear gas inhalation, trauma wounds caused by tear gas canisters and rubber bullets, and injures caused by police batons.

Sadly, hospitals can be a dangerous place to go because police sweep them looking for protestors. I know of cases of medical staff shielding patients from the police and ambulance crews refusing to hand over injured protestors.

People took to the streets the day after George Floyd’s death near the Cup Foods store on 38th Street.

I know the area well – I often take my breaks at Powderhorn Park. The first protest was angry but peaceful.

By Wednesday, the protest turned violent, mainly because of police provocations, with one man shot and killed. That night the south of the city exploded, stores and cars were set on fire in Minneapolis and neighbouring St Paul.

By Thursday, the police had to evacuate its 3rd Precinct building, which was destroyed by protestors. This event was used by Minnesota State governor Tim Walz to send in the National Guard.

I attended a vigil in north Minneapolis called by Democratic party councillors and worked on the Friday night. This was the most violent night of protest and rioting took place all over the South Side. 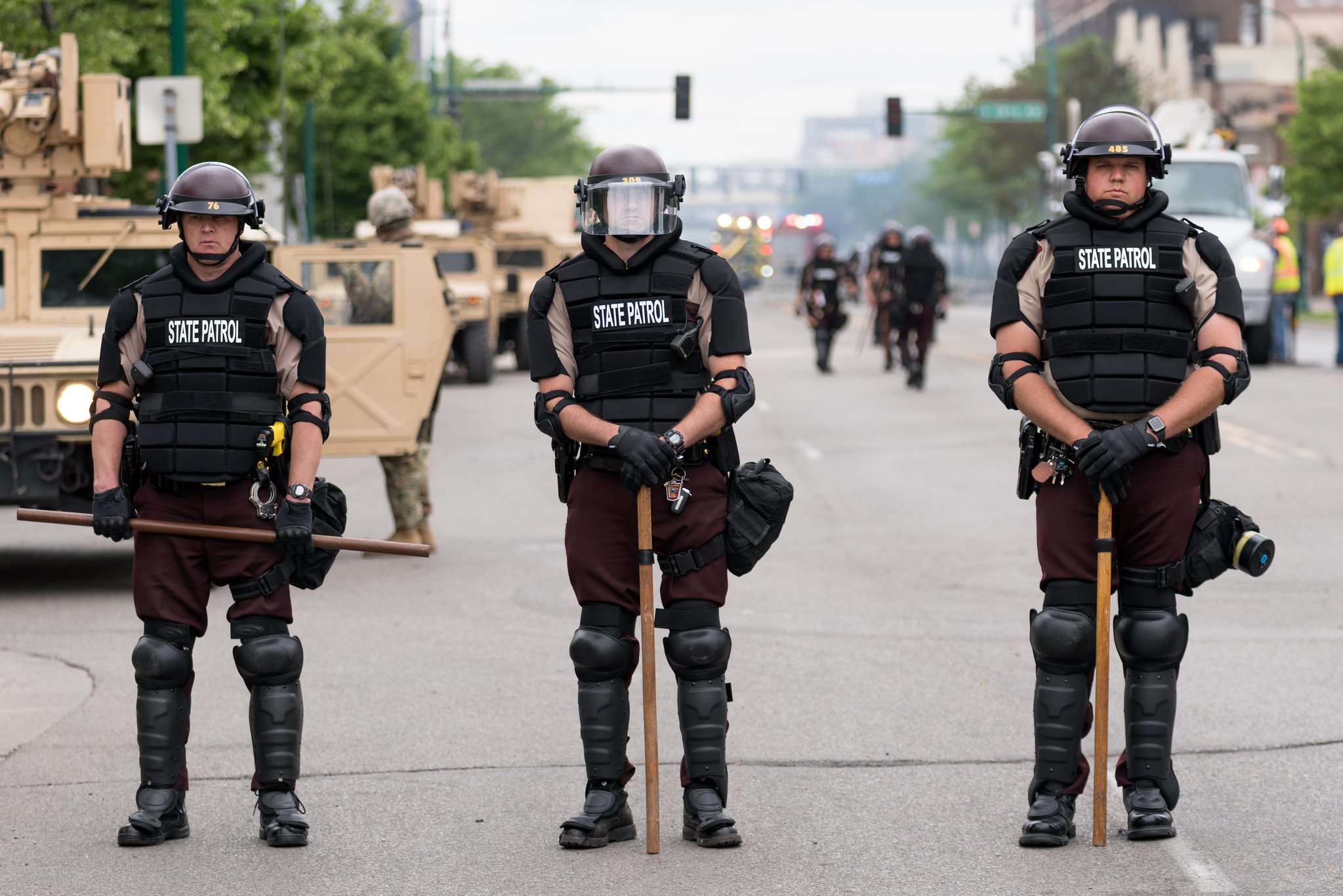 Walz ordered a curfew, which currently operates from 10pm to 4am. The next day thousands of members of the National Guard and law enforcement officers marched around the city, attacking protestors and intimidating onlookers. The south of the city has been under virtual siege since. But the protests continue.

I think the protests will go on. But Thursday 4 June is going to be a key day. North Central University will be holding a remembrance ceremony for George Floyd in the Trask Word and Worship Center, and the keynote speaker is the civil rights leader Rev. Al Sharpton.

The murder of George Floyd has created an explosive mass movement against police brutality, injustice and inequality in America.

There have been protests every day in San Francisco since Saturday 30 May, ranging in size from 2,000 to 5,000 people. There are also numerous local vigils and spontaneous actions in different neighbourhoods.

On Saturday I marched from the Mission District to the City Hall and Civic Center Plaza in the centre of town. The demo was young, black, white and brown. 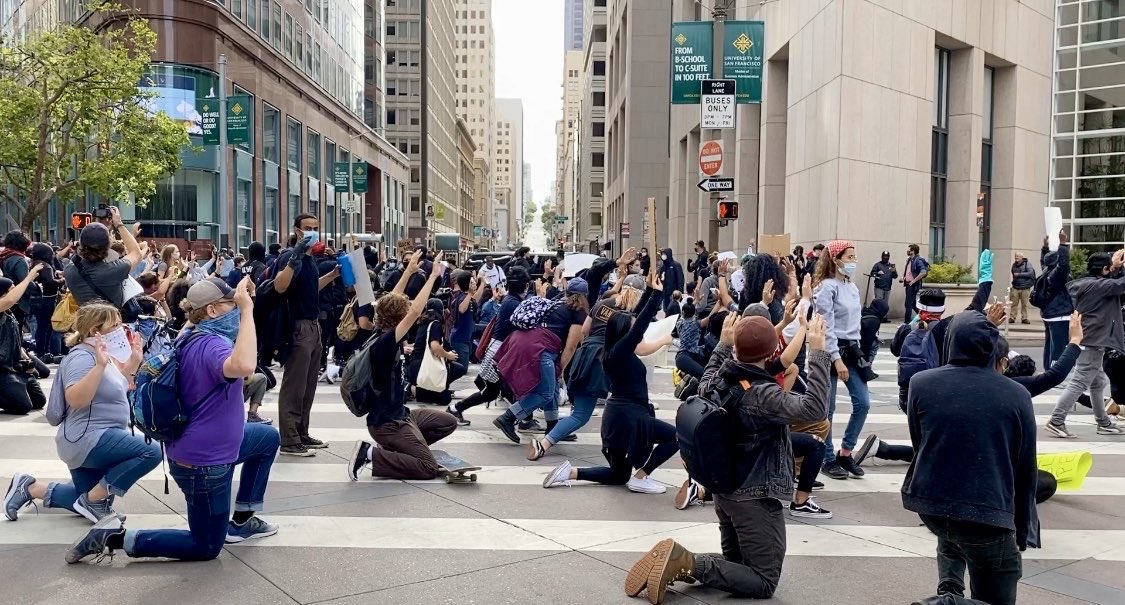 Protestors chanted “Justice for George” and “Whose streets, our streets”. The most popular demand is to bring the four cops who killed George to justice, and for the removal of Donald Trump as president. Despite the media claims the vast majority of protestors are non violent.

The spirit of Martin Luther King is very much alive in San Francisco, but also present is the ghost of H Rap Brown and “Burn, baby burn”.

On Saturday a group of approximately 200 to 300 protesters split off from the main protest and marched to Union Square and Market Street. They smashed the windows of the designer shops and torched cars. This has been the pattern on all the three protests I have attended.

The violence of a minority of protestors is just pure rage, a reaction to the legacy of racism.

In the final analysis, a riot is the language of the unheard. And what is it that America has failed to hear that the plight of the Negro poor has worsened over the last few years.

Those words by King resonate today with greater force than they did when they were spoken in 1967.

In the short term this revolt is not going to go away – if anything, it seems to be deepening. The state is deploying a number of strategies and tactics to break the movement.

At a local level San Francisco’s mayor, London Breed, and the Democrats are trying to dampen down the revolt. We have seen Democratic party councillors claim that the trouble on the protests is caused by outside agitators. This is absurd and plays into Donald Trump’s anti-antifa message.

At the same time Breed is trying to lead the movement. She has held alternative rallies under the slogan, “Stand in solidarity with the African American community and all people of colour,” and proposes an electoral strategy to get Democrat camdidate Joe Biden elected as president in November.

The full force of the state is now bearing down on the protest movement. The National Guard has been deployed in the city and there is an 8pm to 5am curfew in place. This is having some impact on the protests, both deterring some protestors and increasing tensions.

There is no guarantee this will succeed. Nixon was able to target the 1960s counter-culture and people of colour because the majority of citizens still believed in the “American Dream”.

This is not true today. Trump’s inaction over the Covid-19 pandemic has led to the deaths of over 100,000 Americans (40,000 more than died in the Vietnam war). And unemployment and poverty have now reached levels not seen since the 1930s.

Our city has a history of struggle, from the longshoreman’s strike of 1934 to the White Night Riots – the 1979 revolt in the wake of the assassination of Harvey Milk, one of the first openly gay officials in the US – and the Bay Area was the birthplace of the Black Panther Party.

This movement against racism, Trump and poverty is not going away. In my opinion, the revolt is only just beginning.

If you are involved in the George Floyd protests in your city we’d like to hear from you. Please drop us a line via our contact form.