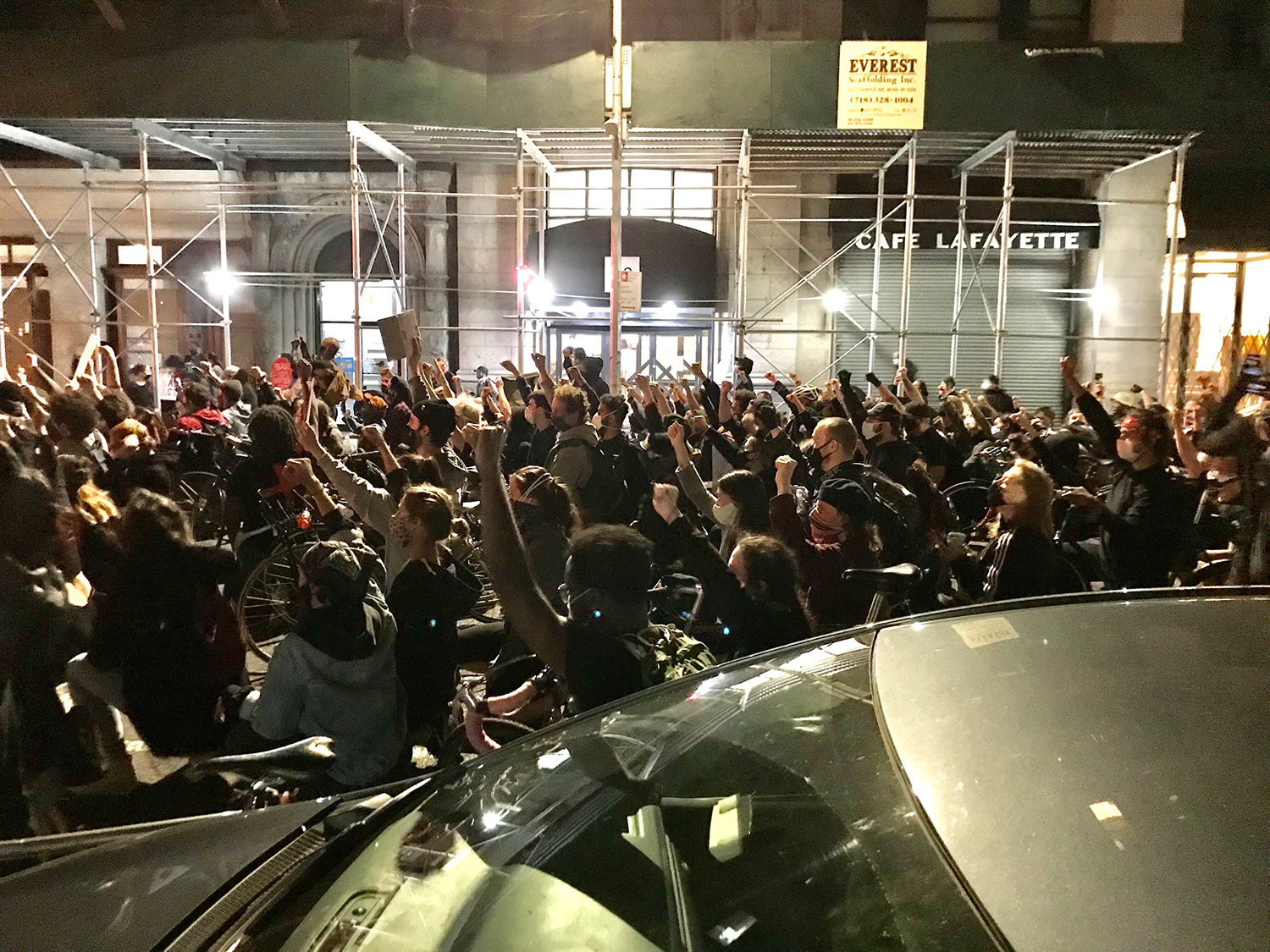 The brutal murder of George Floyd by four police officers in Minneapolis has sparked a rebellion in more than 75 US cities. Demonstrators have even laid siege to president Donald Trump in the White House.

A convergence of rage against police racism, the Covid-19 pandemic and severe economic hardship has brought about a revolt that has tapped into the experience of Black Lives Matter protests and is on a level reminiscent of the uprisings of 1968.

African Americans have been joined by others in multiracial demonstrations on the streets, expressing their anger at the murderous actions of the police and the wider racism that scars US society.

Over the next few days Dream Deferred will be publishing a series of eyewitness accounts of the protests in different cities.

The first is from James Maddock in Brooklyn, New York City.

>> Read our reports from Minneapolis and San Francisco here

The Covid-19 virus has killed 100,000 people and the pandemic is nowhere near over. Unemployment is at 40 million and rising and now, with the brutal murder of George Floyd, you feel like the dam has broken. 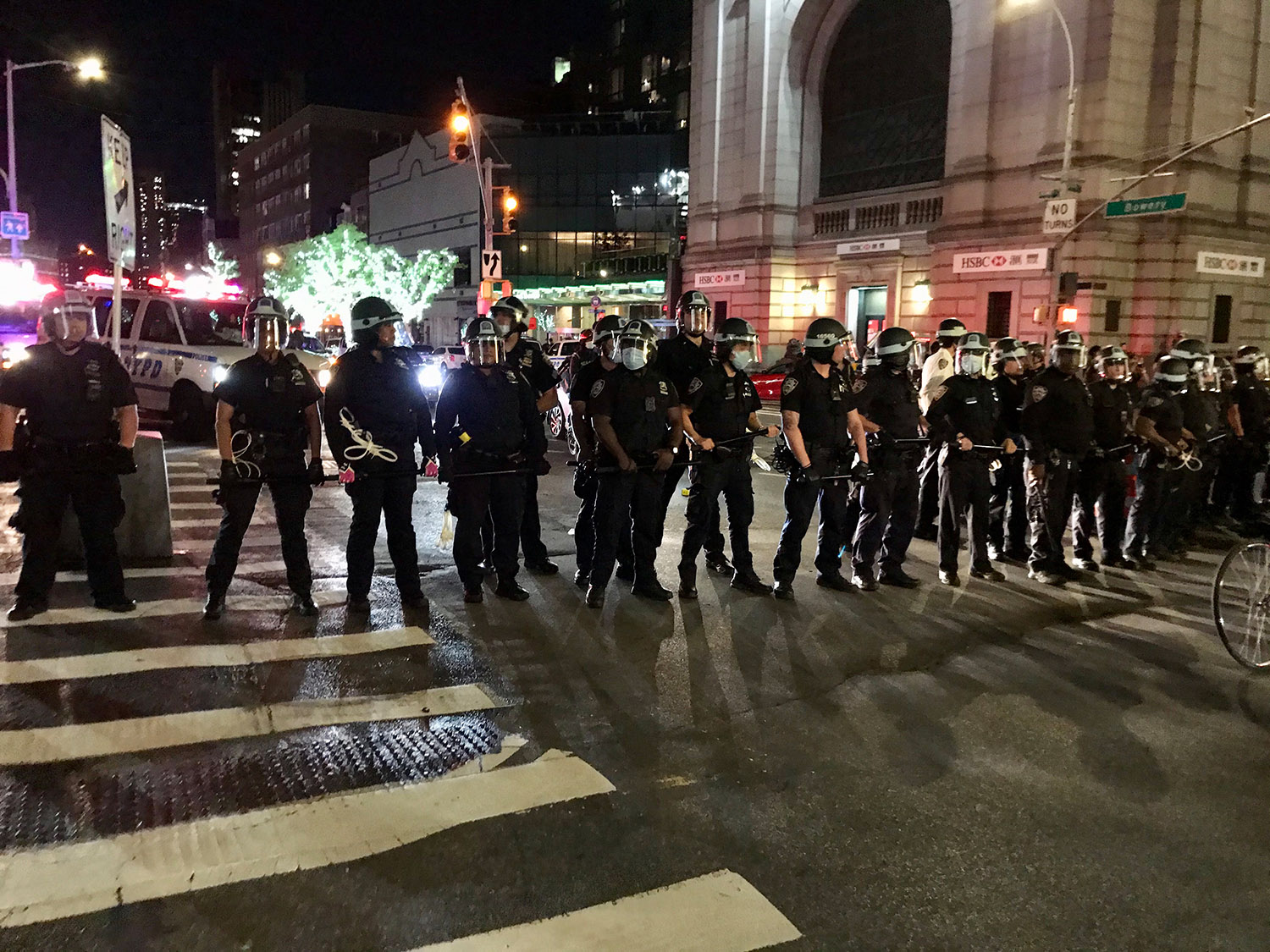 I joined a demo on Sunday night here in Brooklyn, New York. It began in the afternoon but I only found out about it later in the evening.

This is a movement that has grown from below. Maybe I’m out of the loop, but I look online and cannot find any information about protest details. It’s not easy to find out about them – I can’t find websites or Facebook pages telling you where or when to meet. They are pretty spontaneous events. People gather and then set off.

The placards are all home-made. There are no stewards, there is no rally, no speeches. You really feel the lack of organisation. At the end of a march you don’t have speakers or leaders galvanizing the crowd and giving the movement a focus. None of that exists.

But there are millions of super pissed off people.

The demo I was on was maybe 2,000-strong. I joined at the Barclay Center in downtown Brooklyn. We marched across the Manhattan Bridge to the city hall.

It was made up of mostly young black and white Brooklynites. Almost everyone was wearing a Covid-19 mask, still fearful of the virus. 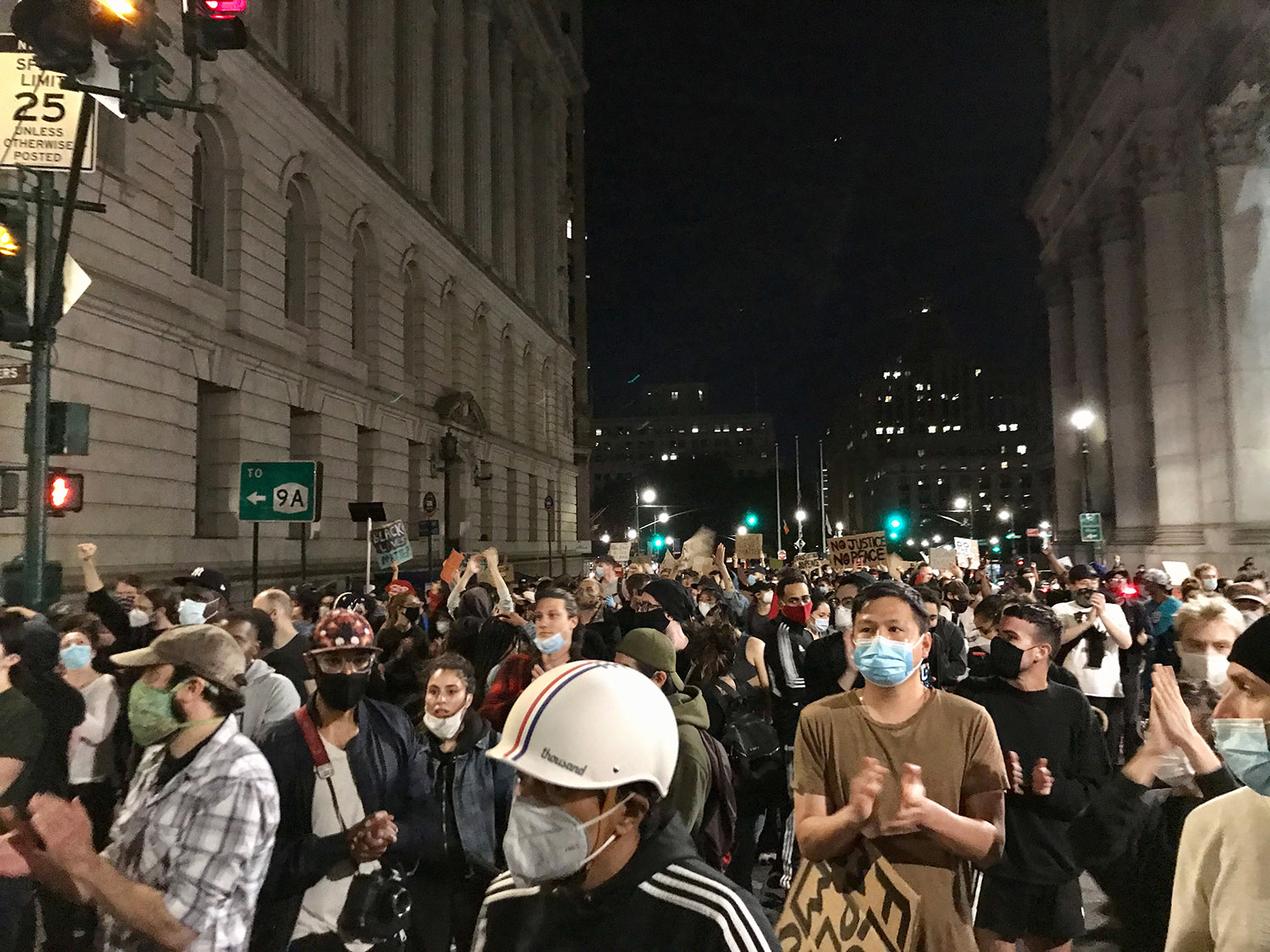 At one point, everyone got down on one knee and raised their fist like Colin Kaepernick, the black American football player who took a knee during the pre-match singing of the US national anthem as a protest against racist police brutality in 2016.

Ours was a peaceful demonstration – I didn’t see any violence.

There is a lot of anger here.

The murder of George Floyd has ignited the country in the midst of a massive epidemic. Trump and his republican cohorts are wholly incapable of providing any leadership and the country is in free fall.

It’s exciting and dangerous and frightening, all at the same time. 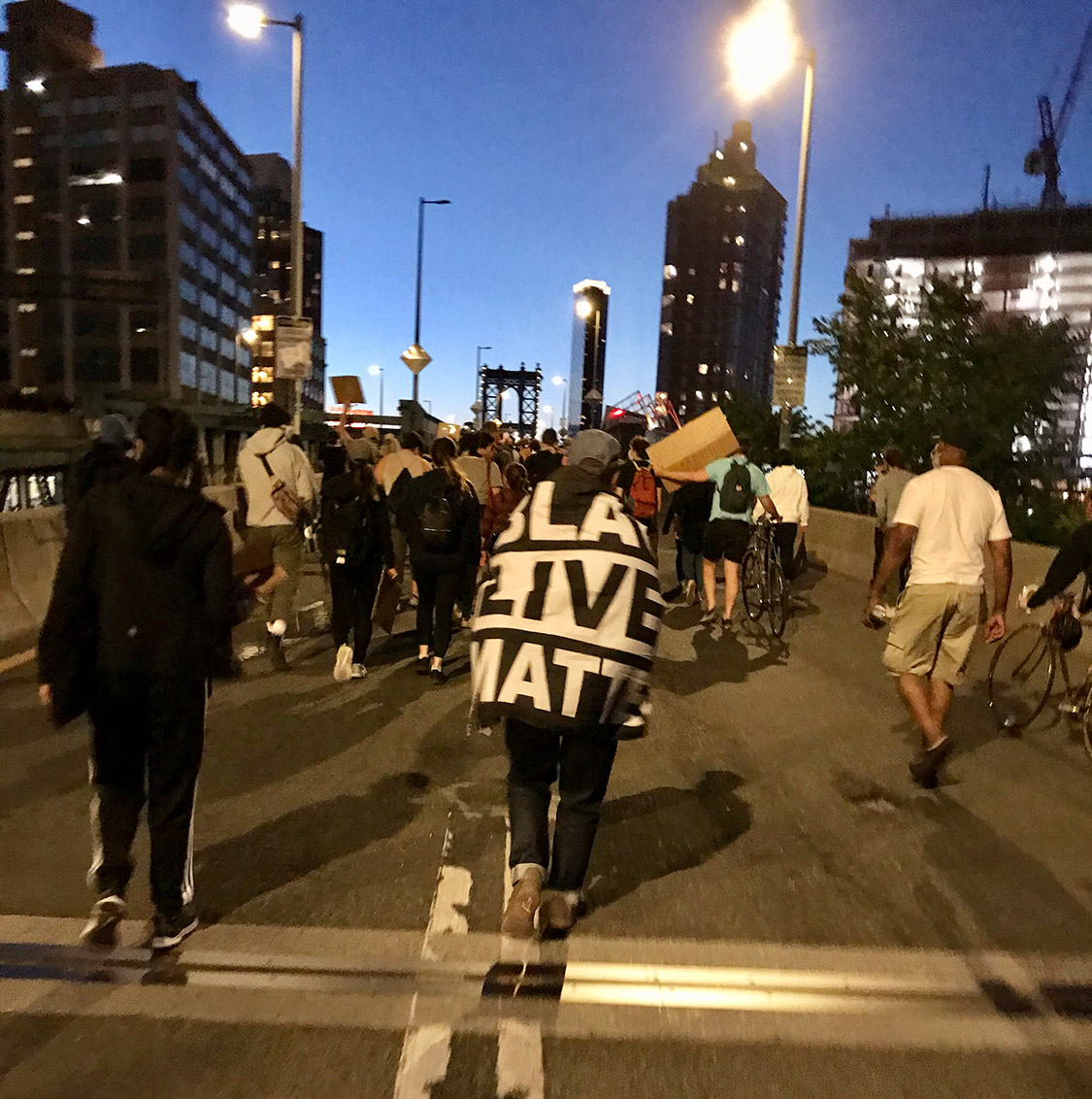 If you are involved in the George Floyd protests in your city we’d like to hear from you. Please drop us a line via our contact form.