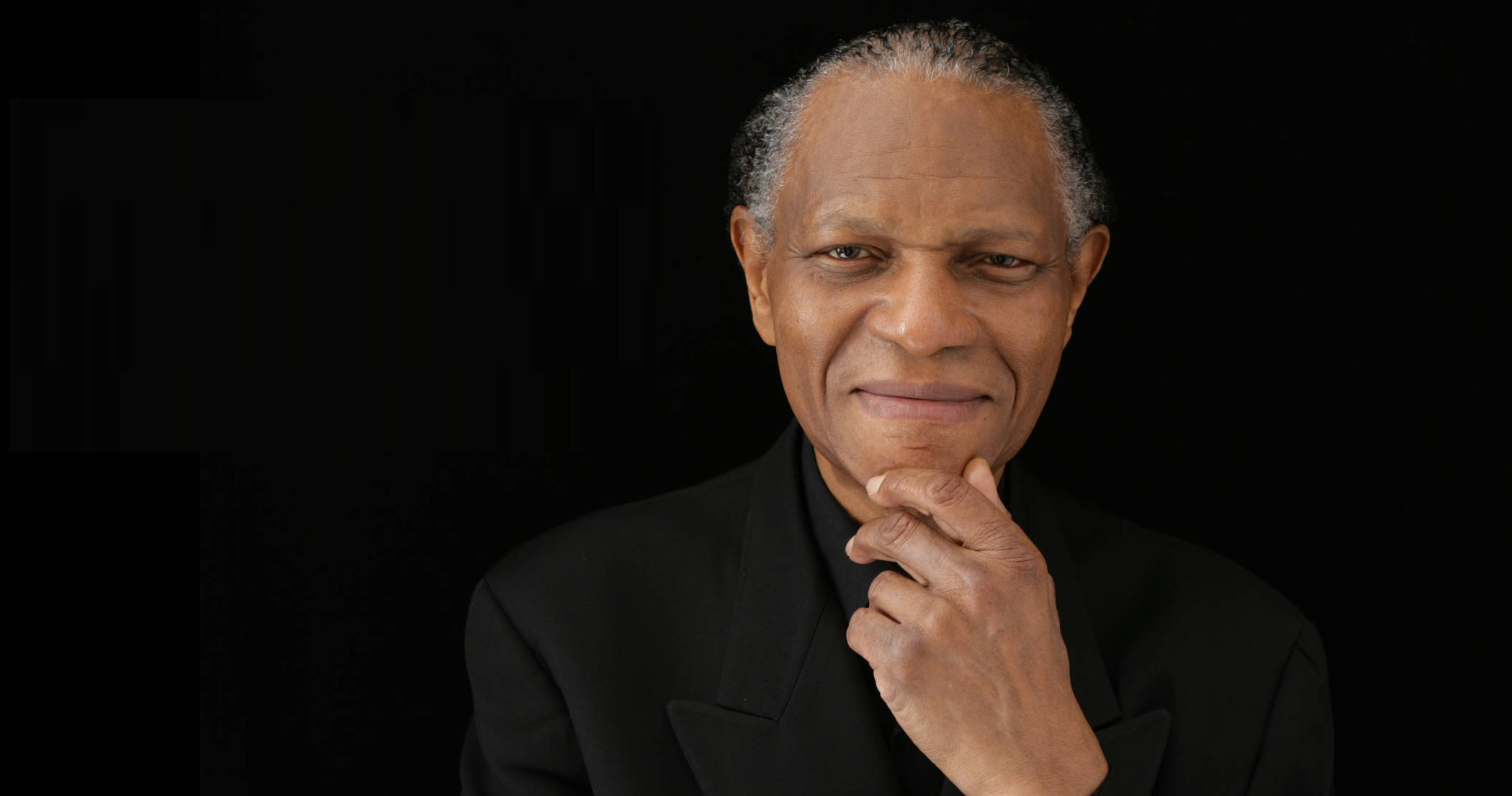 The last living member of the classic John Coltrane Quartet, McCoy Tyner, is no longer with us.

This giant of jazz played piano in the John Coltrane Quartet between 1960 and 1965, recording many landmark albums including My Favorite Things, Ballads, Crescent and A Love Supreme. Over a 60-year period he recorded over 70 solo albums and was a sideman on numerous recordings.

There have been a number of wonderful obituaries celebrating his life and I can’t better them. However, I do want to pay my own personal tribute.

In 1998 I decided to write a short book on Coltrane, I thought it was important to interview a number of jazz musicians who recorded songs inspired by the Civil Rights Movement. The idea was good but its execution was not so simple. I contacted the drummer Elvin Jones, he politely told me he didn’t do interviews and when I finally got hold of Max Roach he just told me to “fuck off”.

My big break came when I was told by a club bouncer that McCoy was staying in the Marriot Hotel in Regents Park, North London. Hoping for the best and fearing the worse I phoned the hotel, to my astonishment not only did the receptionist put me through to his room, McCoy answered the call and agreed to be interviewed the following day in the hotel bar.

When McCoy walked into the hotel lobby, he so looked the part, he was wearing a thick pin stripe suit, handmade brogues and his salt and pepper hair was cropped really short. Most of the 30-minute interview focused on music and spirituality. He also asked me a number of probing questions about my understanding of music technique and perhaps more surprising the different schools of socialism.

After the interview I rushed out to the nearest pub to replay it. My worst nightmare had come true, the recorder had jammed and not a single word had been recorded. Depressed and humiliated I phoned McCoy to tell him what had happened. He laughed and agreed to be interviewed again.

How many other musicians would grant an interview after a cold call and have the patience and the time to give a repeat interview?

The family, communism and Islam

When I turned up for the rearranged interview I was ushered into a side room, sitting at an upright piano was McCoy. “This time we are going to do it right” he said, “I’m not going to just answer your questions, I’m also going to play music to explain what I mean”.

For the next three hours McCoy answered my questions, played snippets of songs and examples of different styles of playing to clarify the points he was making.

McCoy was born in Philadelphia, the oldest of three children. He told me he grew up in a religious family, his father sang in a church quartet and worked for a company that made medicated cream and his mother was a beautician. It was his mother that encouraged him to study piano at the age 13 and within two years music he was studying music at West Philadelphia Music School and later at the Granoff School of Music.

At one point he broke off from the conversation and turned to the piano, he played a medley of spirituals, hymns and a quick burst of rhythm and blues. He then stopped and played a beautiful rendition of Tempus Fugit, one of Bud Powell’s signature tunes. When he finished he leant back and said, “and that is the foundation of my musical sound”.

It took my breath away when he said:

“The reason I decided to meet you is because you are a socialist and you guys never get an even break”. He then, with some pride, went on to tell me about his brother, Jarvis, who was at that time an organiser for the Communist Party USA (CPUSA). He told me:

“I know enough about you to understand that you are opposed to the Soviet Union and that is fair enough and I agree with you. But there is another side to Jarvis and people like him that should be respected and celebrated. He was one of the first people I knew who threw himself into the Civil Rights Movement, he fought for social justice and was persecuted both as a black man and as a communist.

“I didn’t take the same path as my brother, I was raised a Christian, but became a Muslim at 17 and changed my name to Sulieman Saud. My faith teaches me peacefulness, love of God and the unity of mankind. Islam has been the most important thing in my life, and naturally, it’s affected my music. So in some ways I have drawn similar conclusions about humanity and the need for peace as my brother, but I have approached these questions from a different perspective.”

Again he returned to the piano and played his composition The Believer it was a much more spiritual version, almost unrecognisable from the version he recorded in 1958.

The City of Brotherly Love

We then moved onto talk about Philadelphia, McCoy’s birthplace and the city John Coltrane moved to in 1943. McCoy explained how it shaped his musical style:

Philly had a thriving bebop scene, which continued long after the end of the Second World War. It was incredible how many fine musicians came out of this scene – Jimmy Heath, Red Garland, “Philly” Joe Jones, Lee Morgan. I was just a young musician and absorbed all this music. John was 12 years older than me and was an important player in the scene.

There was also a thriving Latin music scene in Philly. Machito regularly performed in the city, he fused bebop with Latin Music and was a pioneer of Afro-Cuban jazz. This influence was there right at the beginning of my recording career, you can hear it in songs such as Afro Blue and on my new album McCoy Tyner And The Latin All Stars” [1999].

McCoy explained that during his time in the John Coltrane Quartet he developed a unique type of phrasing on the piano. He used triads, fourth chords and dramatic pedal points with his left hand in a lower register to develop a spiritual and thunderous sound.

He also dismissed out of hand those that claim jazz is a form of folk music. He was insistent that, although the sound was rooted in Africa and the Middle East musical traditions and was based on a five-note scale version of the blues, it was a new musical language that came out of the social and cultural dynamics of the US.

The discussion moved on to talk about some of the songs McCoy returned to time and time again, including My Favorite Things, Search For Peace and Afro Blue. Every now and again he would break off from the discussion to play a few bars of music to accentuate the point he was making about the song.

For me, his comments on the song Alabama were the most illuminating. In 1963, members of the Ku Klux Klan planted a bomb in the 16th Street Baptist Church in Birmingham, Alabama. It killed four young black girls. Martin Luther King gave a eulogy at three of the girls’ funerals. McCoy noted, “John obtained a copy of the speech and took the rhythmic patterns of his speech and created the song Alabama, it was like using poetry as a template for creating music”.

McCoy went onto explain that Elvin’s drum rolls were meant to symbolise sorrow and anger at the girls’ murder. His mournful piano chords were based on an old cotton field blues chant he had heard and he used it to take the listener on a journey into the Jim Crow South.

He also told me about the time he went with John Coltrane to see Malcolm X speak in New York in 1964. McCoy claims that while he was intrigued by Malcolm’s break with the Nation of Islam and his adherence to Islamic orthodoxy, John was more interested in Malcolm’s political ideas and his new group the Organisation of Afro-American Unity (OAAU).

I would learn several years later that Coltrane went to hear Malcolm speak on at least two occasions and in his library there was a collection of Malcolm’s and King’s speeches.

Finally, I asked him why he left the Coltrane Quartet in December 1965. He was candid in his reply. “I love melody and harmony, John was taking his music in a different direction. He was making atonal music that didn’t inspire me and had no feeling; all I could hear was noise and discordance (Only in a later interview did we discuss his later musical projects).

Before we finished the interview, McCoy suggested I hooked up with Max Roach because it would give me a better understanding of jazz’s relationship with the Civil Rights Movement. I told him Max had declined to be interviewed. McCoy asked me to leave it for a few days and ring Max again. I did and two weeks later I was sitting in an amazing apartment overlooking Central Park in New York interviewing Max.

I met McCoy on a number of occasions between 1999 and 2014. Our discussions enriched my understanding of music. Like many others I will always remember him as one of the Titans of African American music, a spiritual, kind and humble man.