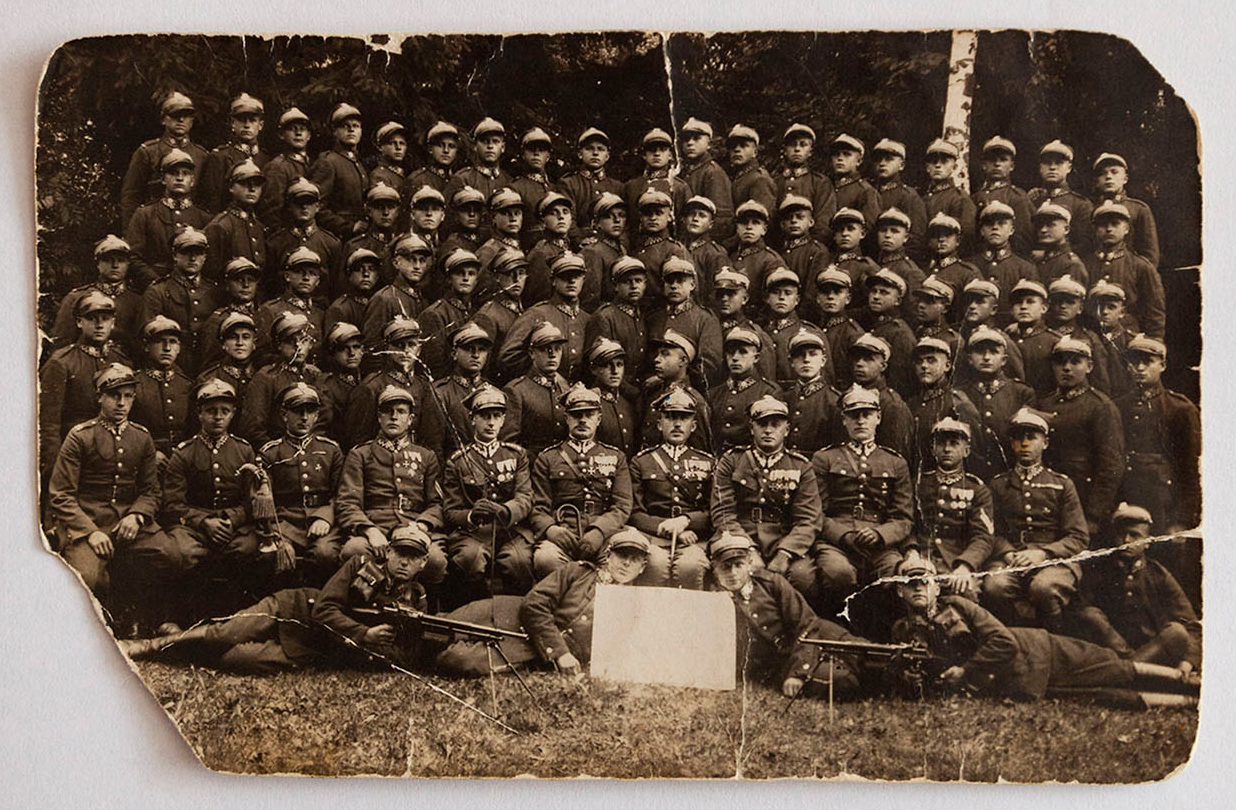 Amid the horror of the Holocaust there are also stories of survival, resistance and solidarity. The story of the small organisation of Muslims who were a crucial part of helping Jewish people hide in Nazi-occupied Warsaw is a piece of hidden history, but one we should remember and celebrate.

The Nazis set up a ghetto in Warsaw in November 1940. Around 460,000 Jews were imprisoned there between 1940 and 1943, of whom most would die through mass starvation, disease and eventual deportation to the Nazis’ death camps. It is estimated that 98 percent of the Jewish population of Warsaw perished during the Holocaust.

Jewish people inside the Ghetto bravely resisted the Nazis, culminating in the heroic Warsaw Ghetto Uprising in May 1943, when the barely armed Jewish fighters held off the full might of the German armed forces, until they were eventually overwhelmed and the Ghetto was razed to the ground.

But after the liquidation of the Ghetto, historians estimate that between 15,000 and 20,000 Jews escaped the Nazis’ slaughter and continued to live in hiding in Warsaw – with some joining the city-wide Warsaw uprising – until it was liberated in 1945. A secret city had developed in Warsaw.

A small number of Jewish people were able to obtain forged documents which enabled them to live as so-called “Aryans” on the fringes of Warsaw society. They faced the constant fear of being discovered by the Nazis or blackmailed by those who knew their secret.

Between 1940 and 1943, any Jew caught in the “Aryan” sector by the Nazis was summarily executed. After the liquidation of the Ghetto, any Jew caught anywhere was murdered.

But many Jews survived, hidden and helped by their non-Jewish Polish neighbours.

The Nazis waged a tireless war against any Poles helping Jews. Posters were put up across the city announcing that it was a capital offence for Poles to provide shelter for Jews, to provide them with food or even to sell food to Jewish people. 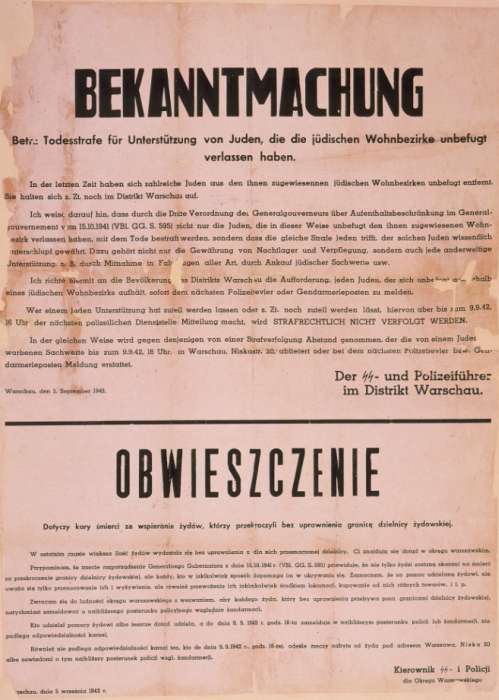 The historian Richard Lukas estimates that several thousand Poles were executed for aiding Jews. But the solidarity of these non-Jewish Polish people was essential to the survival of the hidden Jewish population.

In order to hide and provide food and clothing for the 15,000-plus Jews in hiding a complex network of support groups developed.

The Ringelblum Archive at the Jewish Historical Institute in Warsaw lists a wide range of organisations that were involved in rescuing and hiding Jewish people in Warsaw. The most famous was Zegota, the Council to Aid Jews. This is the only organisation of its type, dedicated solely to saving Jews, that I have come across in Nazi-occupied Europe.

Other groups helping to protect Warsaw’s Jews included the Catholic Church, the Jewish National Committee (ZKN), Zionist political groups, the mass socialist and anti-zionist Jewish party the Bund, the Polish Socialist Party (PPS) and the Communist Party (PPR). Each has an entry in the archive’s list.

At the bottom of the list of organisations that helped the Jews of Warsaw is an intriguing entry: the Association of Tatar-Muslims. Looking at the archive papers was the first time I had ever heard of this group or its role.

The Tatar Muslim community – sometimes called Lipka Tatars – is a little-known but long established community that has lived in Poland for more than 600 years.

Historically the Tatars were known for their military role as fighters in the Polish army. The community was centred in the northeast of the country, near modern Lithuania.

A pre-war photograph of the First Tatar Squadron appears at the top of this story, taken from a wonderful photo essay on the Polish Tatars by Semi Korycki. It was one of the last to surrender when the Nazis invaded Poland and its officers were held in concentration camps throughout the rest of the war.

But the role of the Association of Tatar-Muslims has gone unnoticed by history. They were a relatively small group, with at most a couple of hundred Tatars living in Warsaw.
The Tatars provided Jewish people with false documents – “Aryan” papers, and effectively hid them within the Tatar population. This was invaluable, especially for young Jewish boys, as it provide them with an explanation for being circumcised.

This solidarity from the Warsaw Tatars was invaluable and incredibly brave, as they were also persecuted by the Nazis, although not to the extreme extent faced by Poland’s Jews.

Those Polish people who hid Jews from the Nazis during the Holocaust deserve to be remembered as heroes. And in Poland’s capital, these heroes included the little-known Muslim minority group, the Association of Tatar Muslims.